Truth or Charming Traditions? Stories About the Origin and Boundaries of Smithtown Long Island 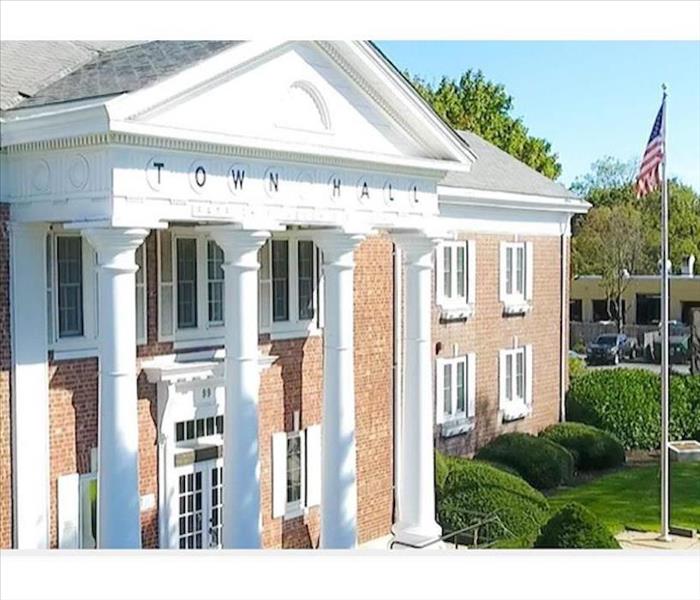 Smithtown relies on SERVPRO for water damage cleanup and restoration

Slightly to the west of the junction of West Main and St. Johnland Road is a proud and almost prancing statue of a bull in Smithtown, Long Island. The large and detailed work of art was commissioned in the early part of the 20th century and erected in 1941 by descendants of the town's founder Richard Smith. Recently the bull and its supporting masonry and landscaping were rededicated after an unfortunate vehicle accident on the iconic confluence of Routes 25 and 25A.

What Is the Story Behind the Whisper the Bull?

Many tall tales are told in various areas of the United States, and the story of Richard Smith (or Smythe) and his bull Whisper is widely considered in the Smithtown area to be one that joins their ranks -- and maybe even starts the trend. In contrast with stories about fictional characters like Paul Bunyan or Pecos Bill, this legend has a historical figure at its heart like Molly Pitcher, Johnny Appleseed, Davy Crockett, or Daniel Boone. Told repeatedly and memorialized by a significant monument right in the center of Smithtown, the fantastic story begins to feel as though it could be real.

What Set the Stage for the Antics of Whisper and His Master?

Richard Smith (Smythe, in some renderings) came to Long Island after some time in other areas of New England. He emigrated from England to Boston in roughly 1635 on the ship "John of London." Because land for settlement was already hard to come by in the Massachusetts Bay Colony, Smith traveled to the relatively pristine wilderness of Long Island. The story goes that Smith was instrumental in saving a kidnapped indigenous woman who was a Montauk Sachem's (leader or chief) daughter. Some versions further embellish the story by naming the woman as "Heather Flower" and explaining she could not elude capture when a Narragansett band spirited her away to Connecticut. Richard Smith allegedly succeeded in returning Heather Flower to her family after his friend Lyon Gardiner rescued her and brought back to Richard Smith's dwelling.

Was There a Reward for Richard Smith's Achievement?

The legend goes on to set out the compensation received by Smith for this remarkable feat. In appreciation, the woman's father offered Smith ownership of a parcel of real estate on Long Island. In keeping with the fantastical story told to this point, Smith could not merely describe the borders he desired for the Montauks. He instead was challenged to complete an epic journey to trace the boundaries of his "win." The invitation given by the Sachem was as follows:

What Strategies Did Smith Employ to Enhance the Fruits of His Labor?

Richard Smith is portrayed in the retellings as a savvy soul who used his wits to make the very best of this opportunity. Instead of jumping on Whisper and completing the task as soon as practical, he waited for the perfect circumstances:

What Was the Route Putatively Followed by Smith and His Bull?

Beginning at the east end of modern Smithtown, Smith and Whisper headed south toward Raconcamuck, today's Ronkonkoma. A right took the pair to Hauppauge, followed by another right along the current Veterans Highway. Whisper and Smith then traced Town Line Road, or the western border of Smith's parcel, ending at the coast of Long Island Sound. Midway through, Smith munched on bread and cheese, immortalized in the authentic Bread and Cheese Hollow Road, in Fort Salonga, Smithtown.

How Likely Is It that the Tall Tale Is True?

Although stories that seize the imagination are always great fun, it is unlikely that this cozy tale has more than glancing bits of truth. The following parts are consistent, somewhat, with the legend:

What Are Discrepancies in the Story?

The most telling issue with Whisper's traversing the Smithtown boundary is its 55-mile total length. Moving five or six miles every sixty minutes over 16 hours is more grueling than any bull could walk, especially through a wilderness. Also:

Is There a Happing Ending for Burst Pipes in Richard Smith's Old Stomping Grounds?

As you enjoy dreaming about the legend of Whisper and Richard Smith on a cold winter night, ensure you have a plan if your Smithtown home suffers from frozen pipes. Plunging temperatures and placement of water lines in uninsulated exterior wall cavities can result in a horror story.

Who Can Intervene to Restore Cold Weather Plumbing Damage?

Be sure to hire a trained and experienced contractor when facing the nightmare of frozen pipes and water damage in Smithtown. SERVPRO crews are skilled at mitigating the water spread and remediating the damage done by both the water and the freezing temperatures, which can warp and deteriorate structural materials.

Frozen pipes can destroy walls and severely damage other building materials. Once our crews remove the water and dry out the affected areas, our team can begin repairs and rebuilding. Upgrading insulation and considering replumbing away from exterior walls are ways we can avoid frozen pipes in your home during the next cold snap.

You can count on the highly-qualified team at SERVPRO of Greater Smithtown when pipes burst due to below freezing conditions. Call us at (631) 265-9200 for a fast response and to clear the pathway to "Like it never even happened."