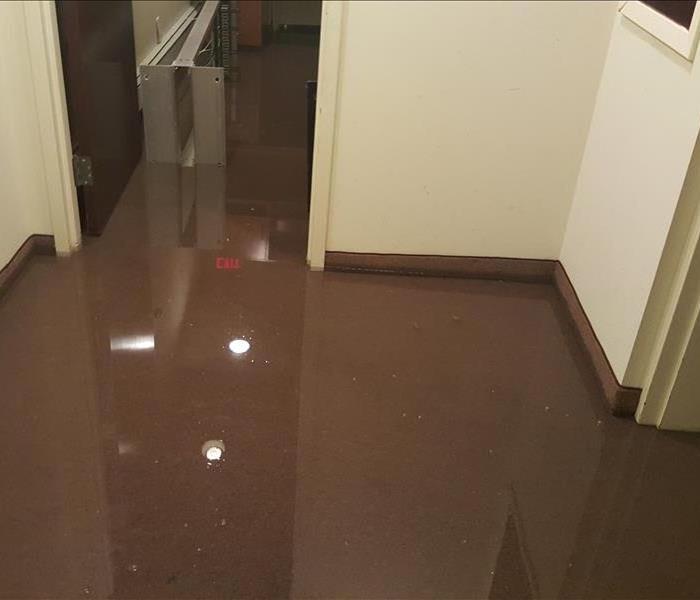 A burst pipe on the third floor of this office building damaged an apartment on that level, completely flooded the second level, affected the utility room of the first level, and even got into the boiler room of the basement! On the second level (pictured) there was over 2 inches of standing water throughout. The after picture was taken only eight hours after we arrived! The facilities manager was originally distraught with the loss, but we made it "Like it never even happened" and by the end of the first night he was ecstatic. A job well done for the team at SERVPRO of Greater Smithtown!

View More Before & After Photos