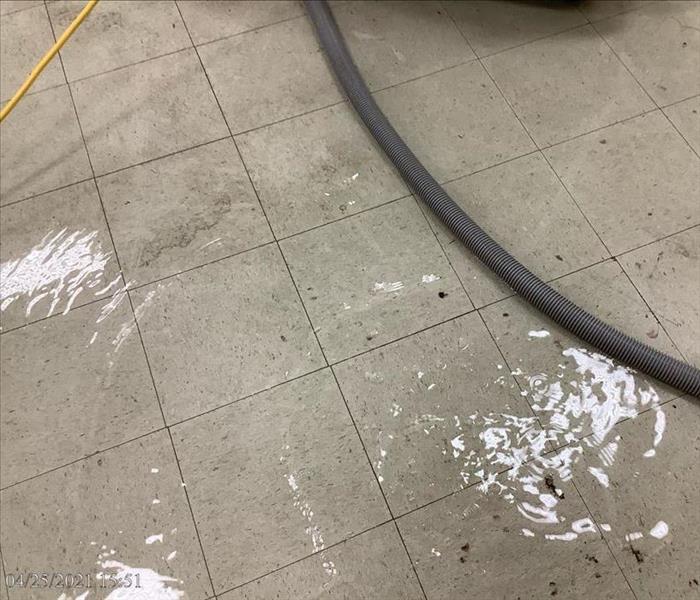 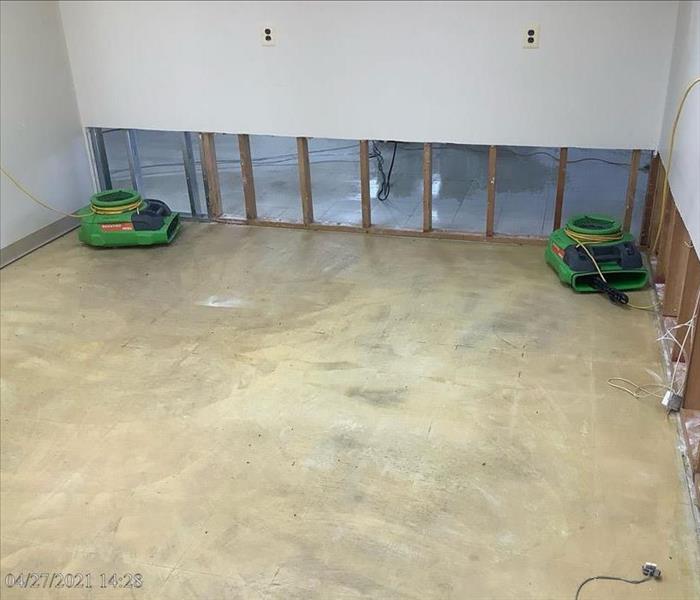 This Hauppauge office had several areas take on water damage and SERVPRO techs arrived to find standing water as seen in the Before Photo. Although the water wa... READ MORE 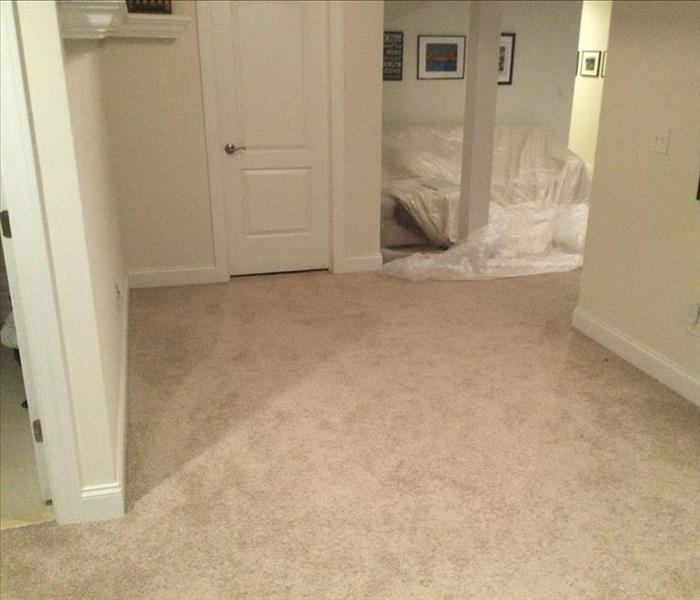 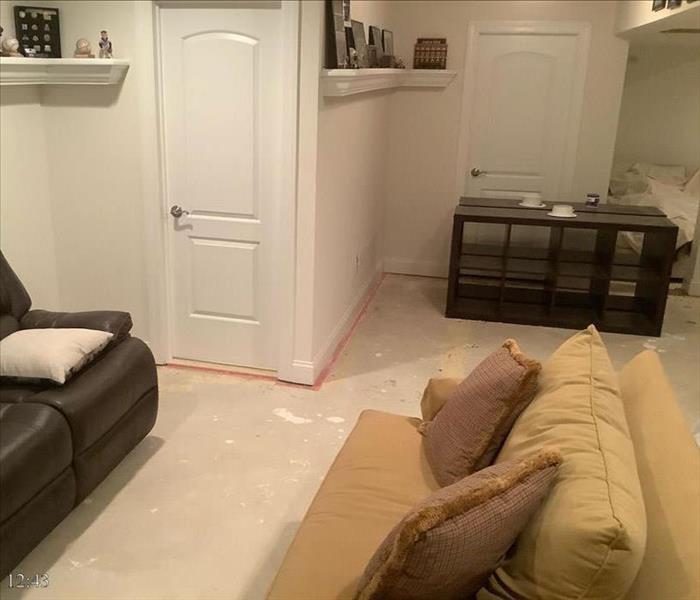 At first glance in the Before Photo, the only hint there might be water damage in this Blue Point finished basement is the plastic across the sofa in the backgr... READ MORE

Biohazard Cleaning for a Sewage Backup in a Smithtown Utility Room 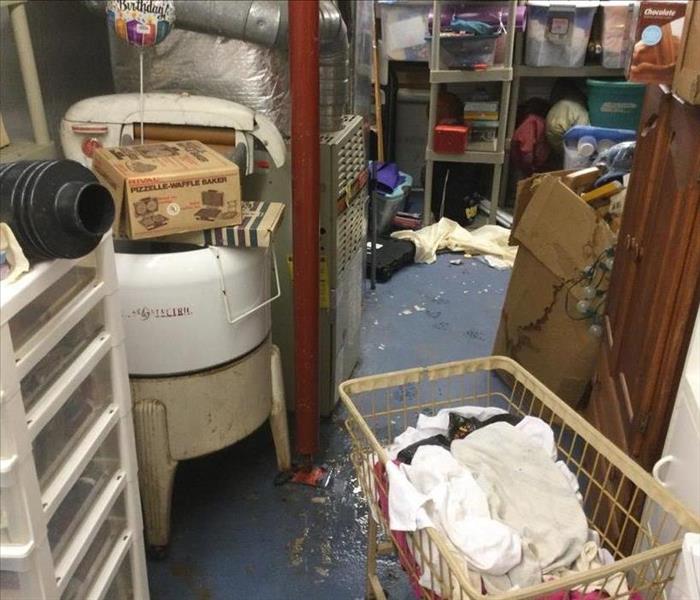 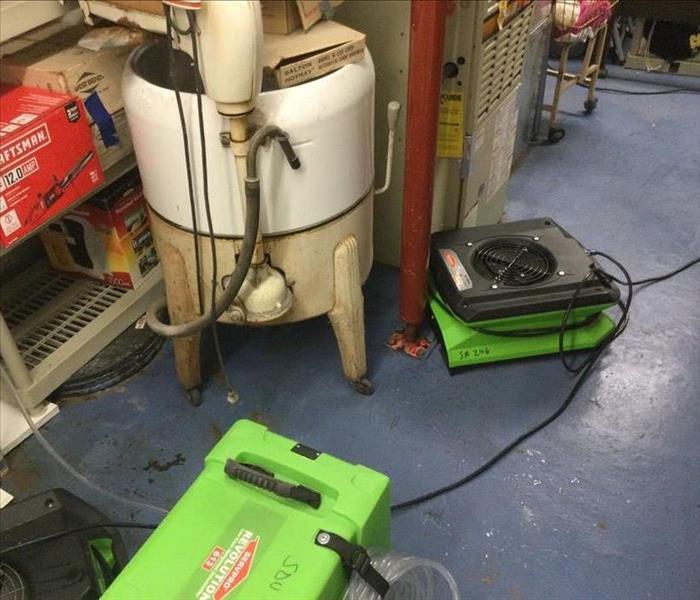 When a floor drain attached to the main sewer line behind this Smithtown home experienced a blockage, wastewater and solids came up through this opening and imp... READ MORE 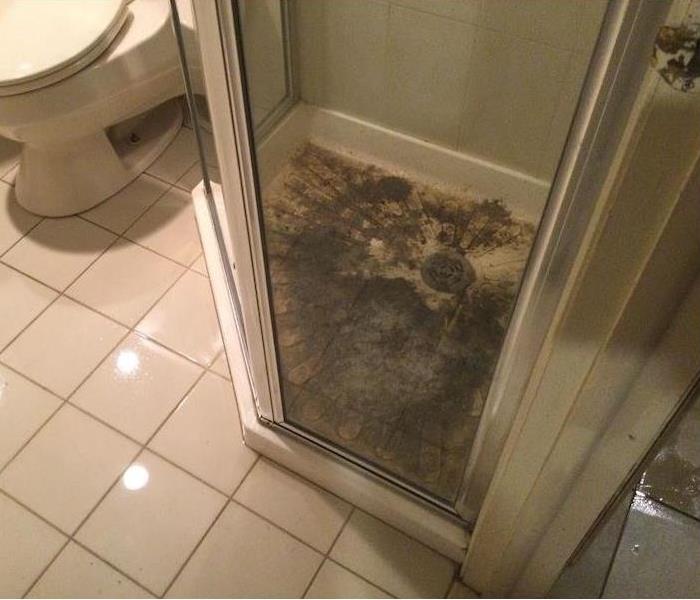 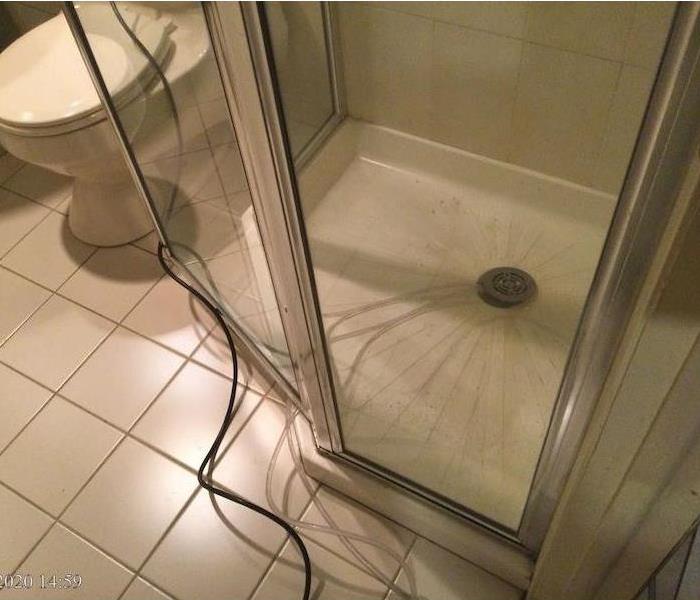 This East Northport home had one of the most unpleasant types of water damage, a sewage backup into the shower. SERVPRO techs arrived quickly to extract the sol... READ MORE

Huntington Homeowner Gets the Jump on Water Damage 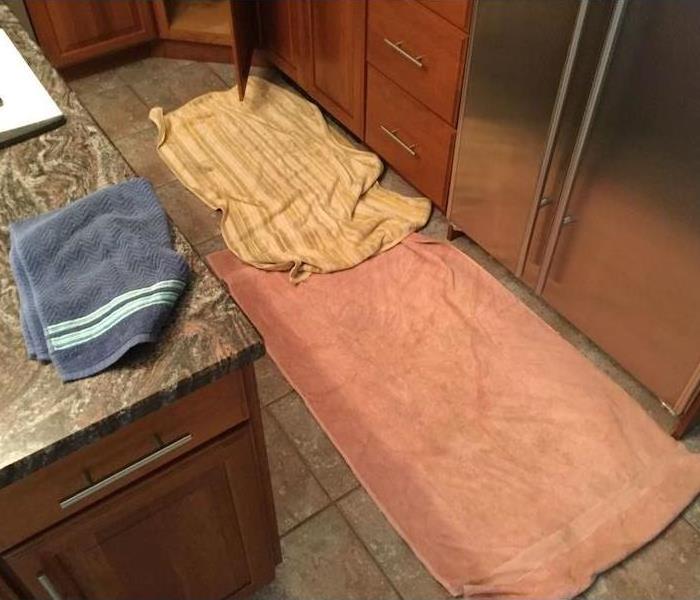 When a supply line to a refrigerator broke, this Huntington homeowner tried to minimize the water damage by putting down towels until SERVPRO techs arrived. Upo... READ MORE 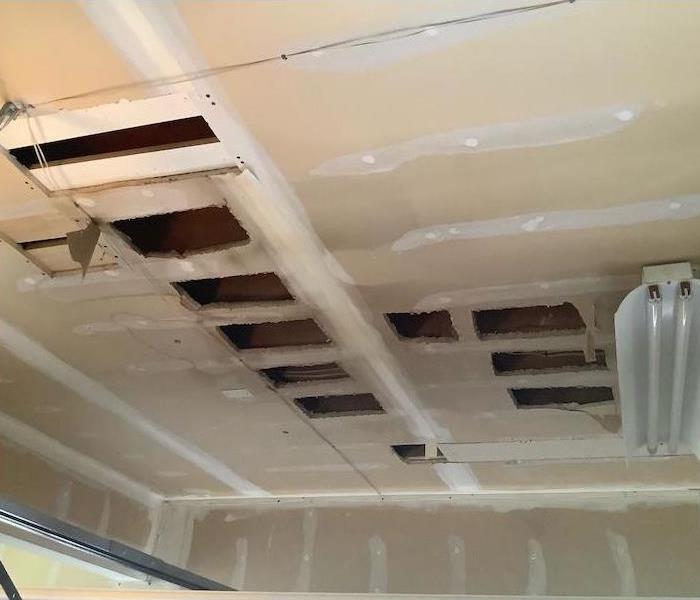 When commercial water damage affected this Port Jefferson Station property, SERVPRO techs sprang into action. When the water enters from above and saturates cei... READ MORE 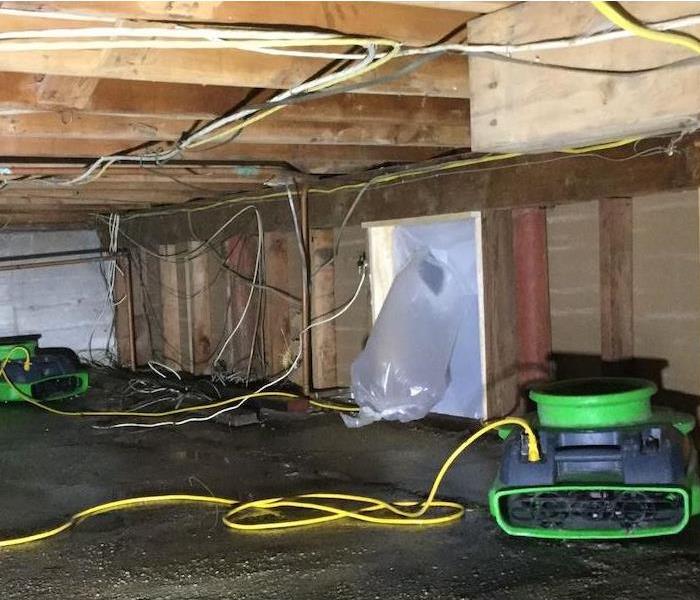 Cleaning Up Storm Damage from a Smithtown Home’s Crawlspace 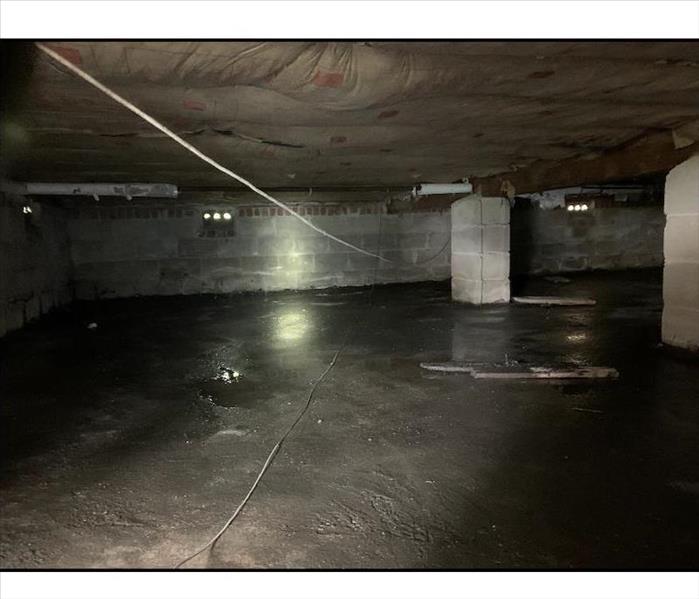 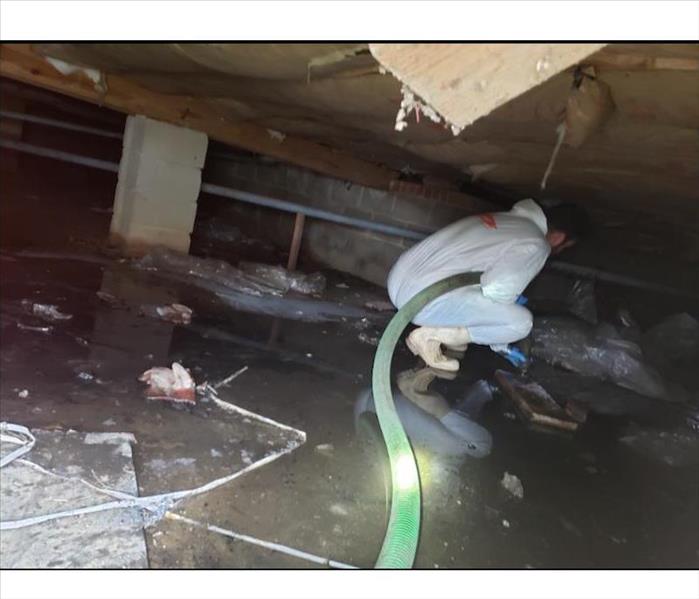 Once flooding had overwhelmed this Smithtown crawlspace, the homeowners contacted our SERVPRO team to begin extraction and cleaning. Because known contaminants ... READ MORE 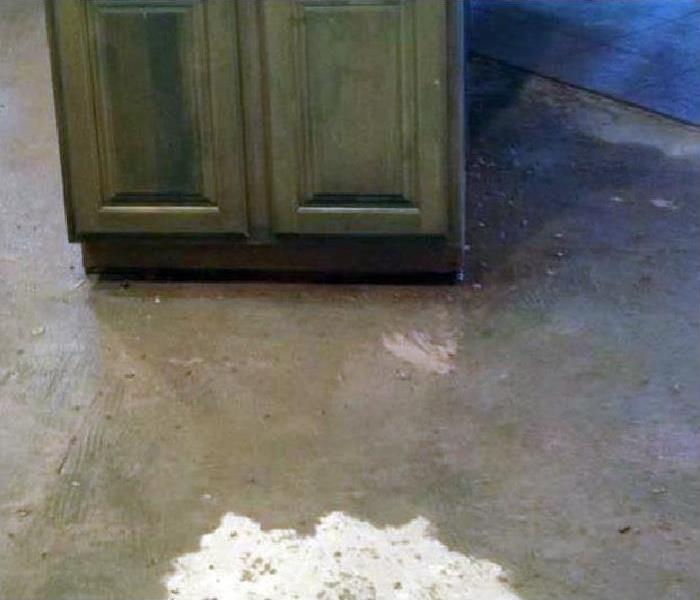 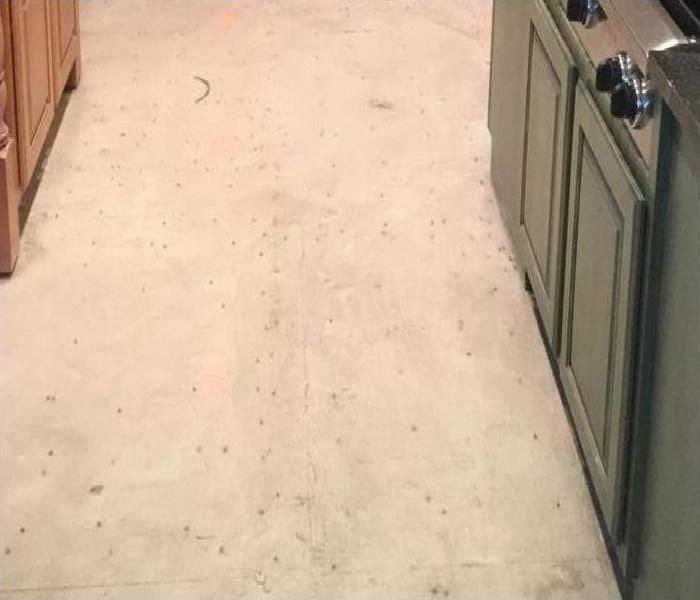 We can restore your Kings Park property after a flood damage disaster. Our specialists are ready 24/7 and Faster to Any Size Disaster! We will arrive fast and b... READ MORE

Cleanup of a St. James Warehouse 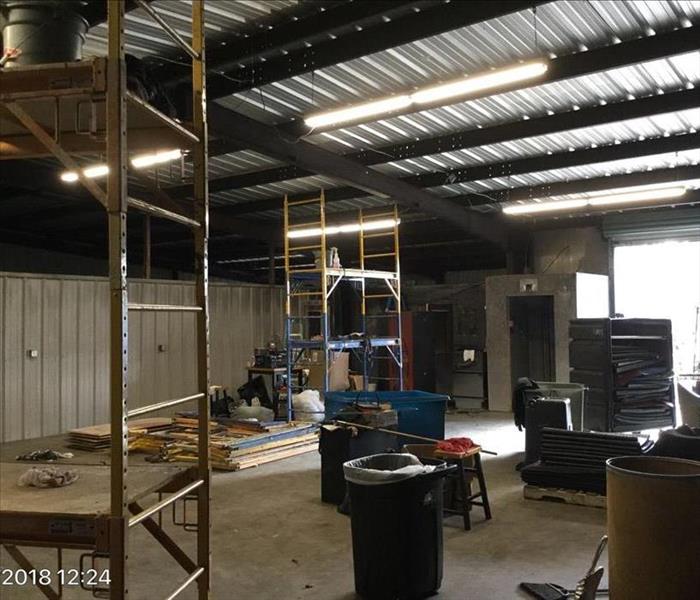 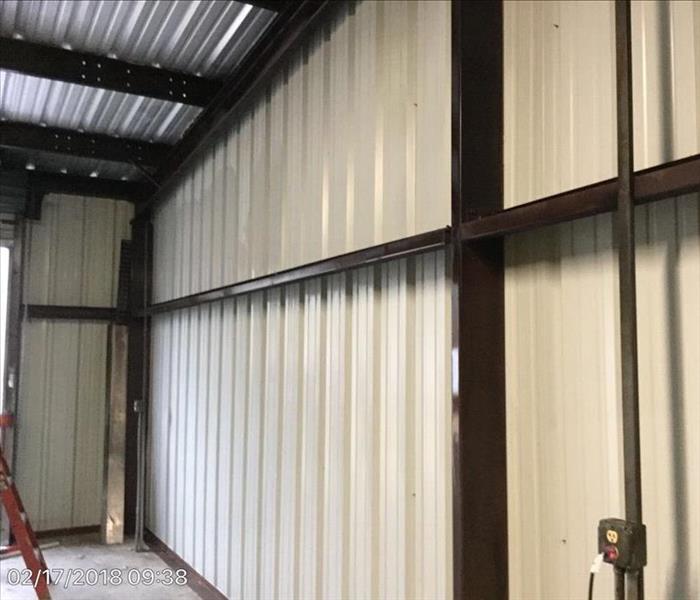 This metal structure in St James needed cleaning up the surfaces after some stored products ignited and left some smoke and soot in the interior. In the foregro... READ MORE

View Older Before & After Photos